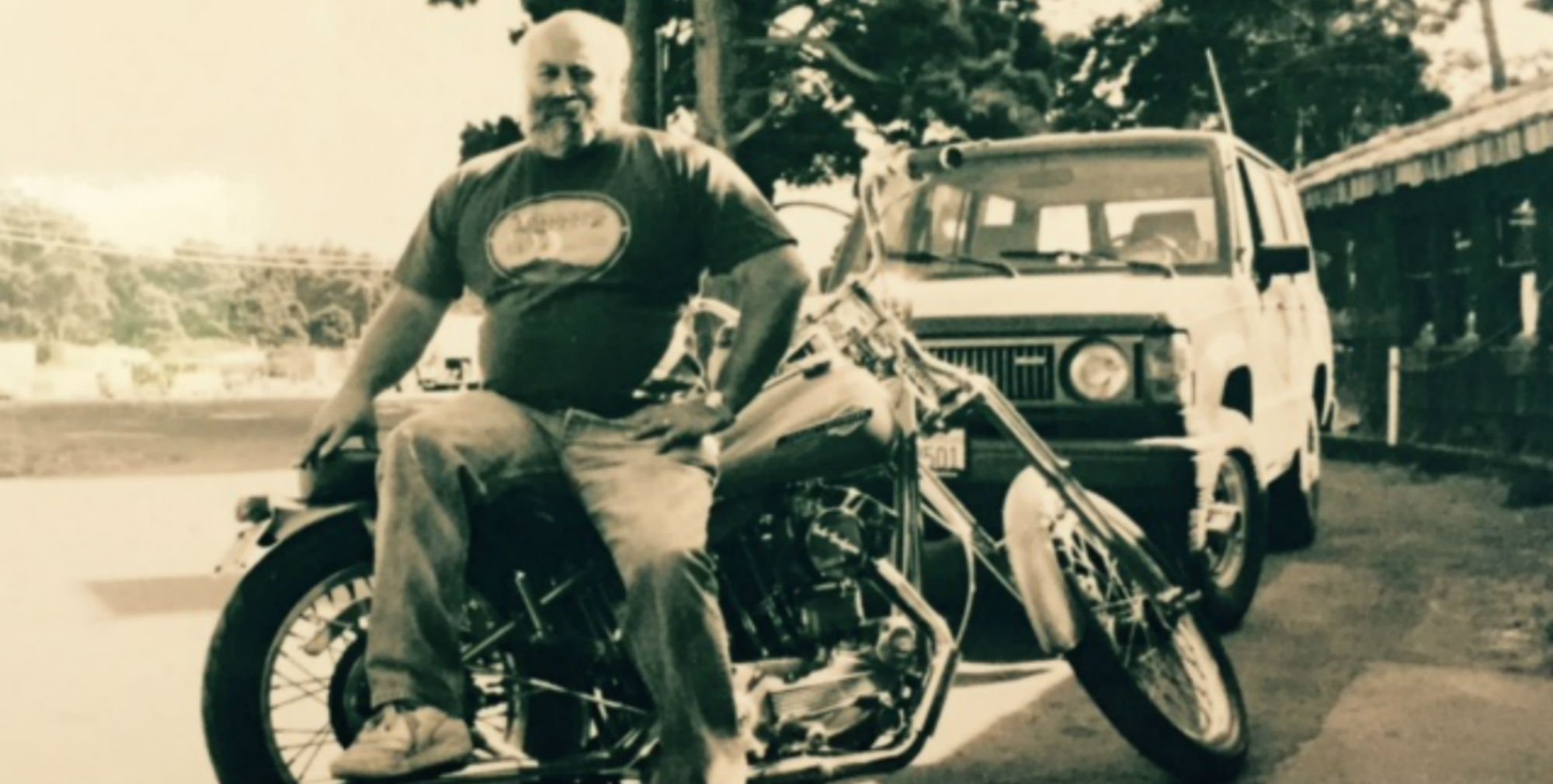 It is with an ocean of emotion and a very heavy heart that I must announce that after 43 mythical years, Sub-Surface Progression will be shutting it’s doors by the end of December. Our only and last day open for sure will be Saturday, November 30th.

Anyone who has peered underneath the surface of our north coast waters within the last few years knows the devastation that has plagued our nearshore marine ecosystem. Kelp forests that we once cursed for being nearly impassable up and down the coast every fall have nearly disappeared, leaving a void that seems to be filling with massive purple sea urchin barrens that are dominating our once lush and diverse habitat.

Warming ocean temperatures and climate change have clearly affected our North Coast in a major way, threatening our local abalone fishery, commercial red sea urchin fishery, and even the health of our nearshore rockfish. Among other things, the closure of abalone season has ultimately hurt our business and is the main cause for us to no longer be able to operate.

When my dad Kenny opened the doors of the shop in 1977, it was such a modest little operation at the time, meant to serve local abalone divers and a handful of commercial divers. But over the decades, Sub-Surface proved to be so much more than just a dive shop: A reliable source for ocean conditions and advice on where to go that particular day for diving, surfing, and fishing; the place to go to rent all the gear necessary for every kind of ocean adventure including snorkeling, SCUBA diving, surfing, boogie boarding, SUP boarding and kayak fishing; the only shop on the coast to provide a full-service air station to fill and maintain SCUBA cylinders; the most efficient machine that could completely suit up dozens of abalone divers in less than an hour during a minus tide rush (5-minute safety crash course included for the occasional customer that obviously had no idea what they were about to get themselves into); a place to stop in at to overhear tall tales on the sea being exchanged amongst a salty crowd and the grumbling over current recreational and commercial fishing politics; and above all, the best unwavering customer service you could ever find. We’ve often joked that if we had charged customers for therapy, we might be able to stay in business!

Looking back on the years, there is one thing for certain. We have the best customers in the world that have visited from all over the planet. Familiar faces that came back every year from all over Mendocino county, Lake county, Humboldt, Sonoma, Sacramento, Chico, Paradise, Redding, the Bay Area, Southern California, Tahoe, Reno Nevada, Oregon, Washington, Colorado, New York, Hawaii, Mexico, the list goes on and on. Thank you. Thank you to all of our customers over the years for your support and comradery, for the memories and your stories about your adventures out in the sea. Sub-Surface is what it is because of you and you all will always be a part of the Sub-Surface family.

Not only am I going to claim the best customers in the world, but it’s obvious to me that over the years we have had the best employees that mankind can offer. I want to thank every last one of you, you know who you are, yeah even all of you that worked at the shop before I was born. Sub-Surface is a unique business; it’s a business that seems to have a soul of its own, and throughout the years all of you, customers and employees, have helped to create that soul. That soul will live on.

Just about every one of our 42 winters in business were tough, and many of them my family wasn’t sure if we’d make it through. I’m afraid to say I don’t think we’ll be able to brave this storm. Who knows, someday Sub-Surface Progression may wake up again, but for now it’s going to at least take a nap. We divers used to pray for good visibility; now let’s pray for kelp.

“And so castles made of sand melt into the sea...eventually.”


Ken Tallman was born in Oakland on Christmas Day 1946, and he was born to be in the water. Some say he could walk on water, but really he was just surfing. He started young by excelling in swimming in the local pool, and then in high school he drove over the hill every day after class to Santa Cruz to catch waves. 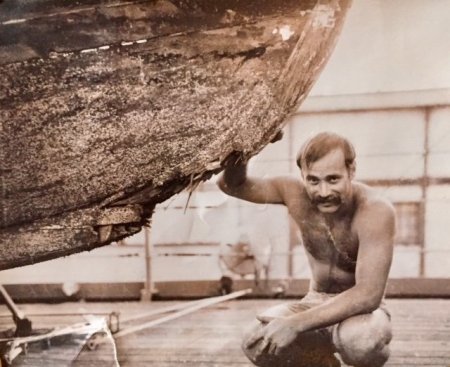 When he turned 18, he enlisted in the U.S. Navy and immediately was given the task of teaching the new sailors to swim. He became a Deep See Diver for the Navy through their program in Massachusetts, and was also a Frogman (an early version of a U.S. Navy Seal). His Career in the Navy took him diving all over the planet, where he would work on the Nautilus, the world's first nuclear submarine.
After he completed his service in the late sixties, Ken moved back to California, sprouted an epic beard, and made his way up to the Mendocino Coast.  To make ends meet, he made and sold leather goods in the village of Mendocino.  When the village’s outfall pipe construction began, Kenny got a job on the project, and because of his vast knowledge of hydraulics and commercial diving experience, he ended up as foreman and spearheaded the execution of the pipeline project. 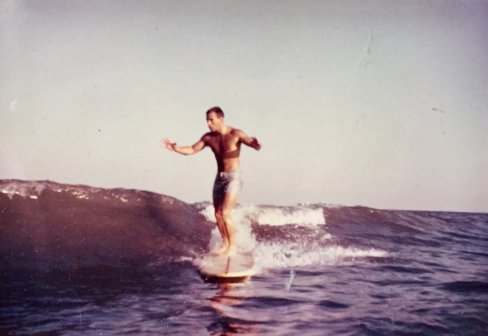 With the money he made while working on this job, Kenny was able to save and open a dive shop to serve divers on the coast.
In 1977, Kenny opened the doors of Sub-Surface Progression in Fort Bragg.  Over the years, the shop has supported a full spectrum of ocean sports activities on the Mendocino Coast.  Known for excellent service and impressive inventory in both the commercial diving and recreational diving industries, Kenny built a reputation throughout the 80’s and 90’s as the place to go for spearfishing, abalone diving, surfing, and even kayaking equipment.
Through the decades, many customers have been affected by Ken’s unique business practices: He was known to put a lot of trust in people and liked to help out divers and surfers 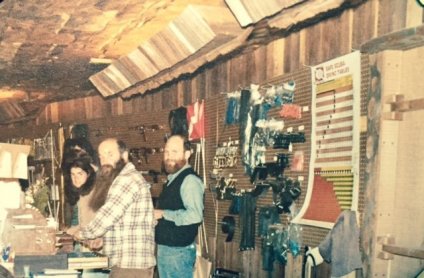 with gear when they might not be able to afford it at the time.  In other words, he gave a lot of “discounts” and had a “take it now and pay me when you can” attitude with people he’d never even seen before without any talk of collateral.  He’d “sponsor” kid’s with surf suits when he knew their parents couldn’t swing it.  He chose humanity over money, and genuinely enjoyed making people happy and spreading his love of the ocean with customers old and new, and sharing it with upcoming generations.
In July of 2006, after a 3 year battle with leukemia, Kenny passed away peacefully at home.  His death was a massive loss for the community, and though only 59, he is still celebrated today as the kind, generous, larger-than-life character that he was.  His contagious positive attitude about life, his "Everything's good" smile and, of course, that mysterious twinkle in his eye, will never be forgotten. 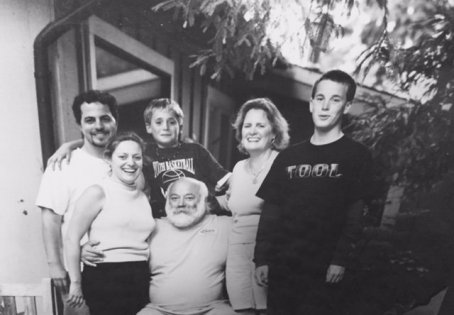 Kenny's family continued to keep the Sub-Surface torch lit.  His kids Blake, Garrick and Sparrow grew up working at the shop, and they were pretty much forced into diving and surfing whether they liked it or not....luckily they loved it.  Blake took over operations after Kenny and to this day attempts to uphold the spirit of Sub-Surface Progression with good vibes, great customer service, and an eclectic selection of gear in the shop.  He enjoys spearfishing in his free time and is a certified PFI Freediving Instructor as well.